Child hood is the topic of the ninth World Glaucoma Association Consensus. There has been only sparse attention to the diagnosis and treatment of childhood glaucoma. Both pediatric ophthalmologists and glaucoma specialists provide care for such children. In some instances, they manage these individuals alone and, in others, the management is shared. For this consensus, the participation of both groups was solicited. The global faculty, consisting of leading authorities on the clinical and scientific aspects of childhood glaucoma, met in Vancouver on July 16, 2013, just prior to the World Glaucoma Congress, to discuss the reports and refine the consensus statements.

As with prior meetings, it was a daunting task to seek and obtain consensus on such a complicated and nuanced subject. It is unclear how each of us decides how we practice, and evidence to guide us often is sparse. It is remarkable how few high level studies have been conducted on the management of childhood glaucoma. Hence, this consensus, as with the others, is based not only on the published literature, but also on expert opinion. Although consensus does not replace and is not a surrogate for scientific investigation, it does provide considerable value, especially when the desired evidence is lacking.

The goal of this consensus was to provide a foundation for diagnosing and treating childhood glaucoma and how it can be best done in clinical practice. Identification of those areas for which we have little evidence and, therefore, the need for additional research also was a high priority. We hope that this consensus report will serve as a benchmark of our understanding. However, this consensus report, as with each of the others, is intended to be just a beginning. It is expected that it will be revised and improved with the emergence of new evidence.

One decade has passed since the first World Glaucoma Association Glaucoma Consensus was held in San Diego. The topic at that time was Glaucoma Diagnosis. Since then, a plethora of other topics in glaucoma have been addressed. For this Consensus, the ninth one, the topic is Childhood Glaucoma.

Global experts were invited and assembled by our international co-Chairs beginning in November, 2012, to participate in the Project Forum E-Room, a unique online forum that has facilitated discussion for each of the consensus meetings. The content was divided into ten sections and an important goal was to reach consensus on key issues that surround and permeate all aspects of childhood glaucoma. The results of these thoughtful discussions then were summarized by each of the sections with preliminary consensus statements. The Draft of the Consensus Report, including the preliminary consensus statements, was distributed to the Societies and Partners for review and comments prior to the Consensus Meeting that took place in Vancouver on Tuesday, July 16, 2013.

On this day, relevant stakeholders engaged in a stimulating, educational, and thought-provoking session that highlighted the review and revision of the consensus statements. The first presentation of the Report and the statements took place in a dedicated symposium during the fifth World Glaucoma Congress that followed the Consensus Meeting. The Consensus Report then was finalized by Consensus co-Chairs and Editors. 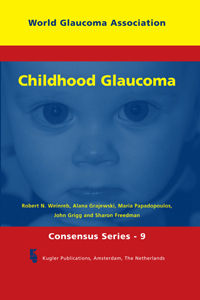